Alvaro Morata despite being a nativeof Madrid, fan, homeboy and part of the Castilla youth team was always going to find it hard to break into the first team.

The 25-year old striker is no doubt talented as his displays at the youth levels of both the club and national teams have shown. With a 6-foot-2 height, pacy stride and a clear eye for goal, it is really hard to ask anything more from him before he can be handed the striking reigns of the Los Blancos.

END_OF_DOCUMENT_TOKEN_TO_BE_REPLACED

Albert Riera is a 34 year old football player that has performed with clubs from around the world and despite being at such an elevated age, the Spanish performer wants to continue playing at a high level as the experienced player recently revealed details not only concerning his current situation but also about how his life has been throughout the past years. The experienced player has recently stated that he just wants to focus on actually playing and it doesn’t really matter for him where he performs in as his desire is to simply perform and get time on the pitch.

END_OF_DOCUMENT_TOKEN_TO_BE_REPLACED

League of Ireland (LOI) players have teamed up with an Irish manager in New Zealand. 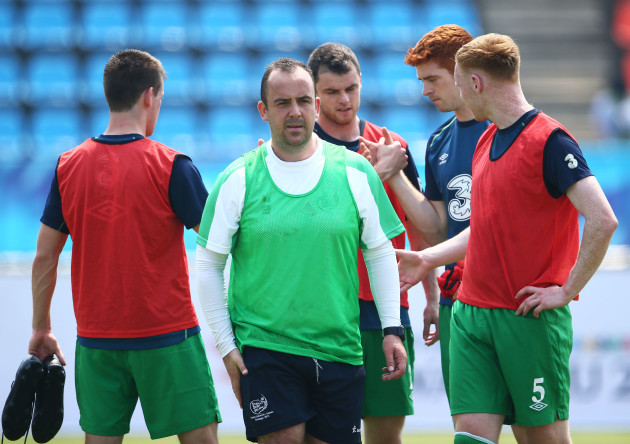 The harsh situation facing Irish young footballers and the growing football sphere in NZ likely forced them to make the move but it is interesting however.

Southern United coach Paul O’Reilly gave five players formerly of Wexford youth an offer to join him in New Zealand South Island – an offer they could not afford to reject. O’Reilly wanted the players bonding with the rest of the pack ahead of their Stirling Sports Premiership season late October and the ambitious young stars could not have passed up the offer.

END_OF_DOCUMENT_TOKEN_TO_BE_REPLACED

RIERA STRUGGLING TO GET ELIGIBILITY

New Zealand soccer player Albert Riera is struggling to get his eligibility to appear for the country after receiving his residency in April.

Before the Auckland City player midfielder can play for the All Whites, he needs to get his citizenship approved, hence the slight delay.

“I’ve applied for citizenship and [they] are trying to fast track it but it’s not easy. It needs to go higher up and it is not in my hands any more,” Riera disclosed.

END_OF_DOCUMENT_TOKEN_TO_BE_REPLACED 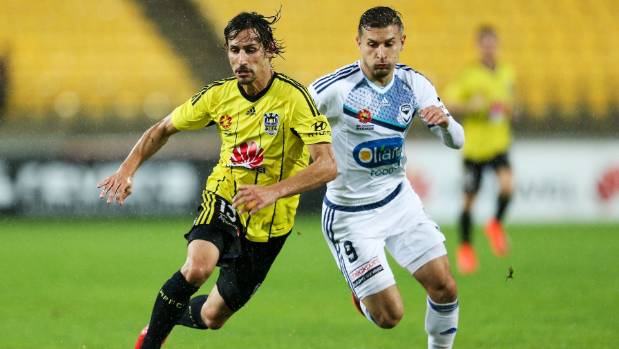 END_OF_DOCUMENT_TOKEN_TO_BE_REPLACED

Albert Riera joined the in-form Auckland City in New Zealand, terminating his contract by mutual consent after three seasons with Wellington Phoenix in Slovenia where he played sixty-eight games out of which he was substituted four times.

Riera told Coach Ernie Merrick after the final game of the season, that he no longer wanted to play for Wellington Phoenix and while the coach persuaded him to think it over, the midfielder had already made up his mind as there was no going back for the easy-going Spaniard.

END_OF_DOCUMENT_TOKEN_TO_BE_REPLACED

Wellington Phoenix plan to fill the void left by the retirement of Ben Sigmund with the signing of Italian defender Marco Rossi.

The move shows the effort of the club in making a chase for the title when the A-League begins.

Phoenix coach Ernie Merrick said: “His experience will be enormously valuable to us given Marco has played Serie A and Serie B and represented Italy at Under 20 and Under 21 levels. This is the type of experience we wanted. He’ll be a terrific partner in the middle of defence with Andrew Durante.”

Merrick admitted that Durante has been the sole carrier of the backline responsibility since Ben Sigmund retired. However, he says he is confident that the new signing will provide a great deal of assistance.

END_OF_DOCUMENT_TOKEN_TO_BE_REPLACED

Riera speaks out about his time in Liverpool

Albert Riera has had a very extensive playing career as the Spanish defender has played in numerous leagues from around the world and clubs as well.

Even at the age of 34, he still continues making appearances for his current club, the Slovenian outfit FC Koper.

The experienced defender spent 2 seasons performing with Liverpool and it was a fairly distinctive period of time for Albert Riera as he managed to stand out with impressive performances but in the next season, Riera was surprisingly offloaded from the club as Liverpool accepted an offer from Olympiacos of £6 million.

END_OF_DOCUMENT_TOKEN_TO_BE_REPLACED

Albert Riera talks about his past and future

Albert Riera has an extensive playing career that has seen him performing with a number of clubs including: Bordeaux, Espanyol, Liverpool, Galatasaray and Udinese just to name a few of the more well-known teams.

At the age of 34, the Spanish winger continues performing as he recently joined FC Koper after penning a contract which extends until 2018.

END_OF_DOCUMENT_TOKEN_TO_BE_REPLACED

Albert Riera: A player whose career was marred by disciplinary issues

Most fans will remember Albert Riera during his time in the Premier League when playing for Liverpool. But his career has always been stained by disciplinary issues.

Albert Riera started his career with Mallorca where he will help his team win the Copa del Rey. He will score 4 goals in 35 appearances. He will move to Bordeaux where he will make 67 appearances for the French club and scored 9 goals.

He will then sign a contract with Espanyol where he will make 94 appearances for the club while scoring 12 goals for the Catalonia team. He will again win the Copa del Rey as well as finished as runner-up in the UEFA Cup.